Morgan Sindall Group had previously aimed to reduce carbon emissions, however providing a group-wide view of energy consumption was a challenge. Information was disparate and stored in a number of different areas. Reporting on the company’s carbon footprint was therefore complex and time-consuming without a robust framework in place.

Charmaine Morrell, Senior Sustainability Advisor for the Group’s construction and infrastructure division, Morgan Sindall, works alongside Graham Edgell, Group Director of Sustainability and Procurement. Charmaine is responsible for communicating, monitoring, reporting and implementing sustainability across Morgan Sindall as well as undertaking carbon reporting on behalf of the Group. Reducing the Group’s carbon emissions is an ongoing challenge which Charmaine believes is critical for delivering against the Group’s sustainability strategy. The verified data is important for quantifying accurately our contribution to supporting UK Government’s commitment of 80% reduction in carbon emissions by 2050.

According to Charmaine, ‘It’s not just what we build, but also how we build, that has the potential to have a huge impact on the environment, and this is a responsibility we take very seriously. For us, it’s necessary to make low-carbon choices wherever possible, whether that’s promoting the use of fuel-efficient vehicles, hybrid generators, eco cabins for site accommodation, retrofitting LED lighting in offices or by diverting waste from landfill to avoid unnecessary vehicle movements.’ Charmaine also believes that presenting the Group’s carbon and energy measurement data in an easily comprehensible way engages colleagues as well as supporting work winning teams in demonstrating future energy saving plans to customers.

‘Put simply, Carbon Reduce is a series of templates we complete, bringing all the Group energy data together into one single repository,’ said Charmaine ‘Achilles then works closely with us to validate the data sources, not only by desktop research but by visiting sites and Group companies. They also interview our energy broker. It’s a very comprehensive and robust process, which gives us confidence and assurance of accuracy.’

As a result of Carbon Reduce, Morgan Sindall Group can now identify new ways to reduce carbon emissions. For example, a range of measures has been implemented including:

• Careful transport management and logistics planning on projects to minimise wagon movements
• Procuring and specifying energy-efficient plant and equipment on projects, such as pumps, ventilation, lighting and heating
• Using hybrid generators and excavators
• Supplying fuel-efficient and low-carbon company cars, including hybrids
• Reducing the need to travel by promoting the use of public transport, car sharing, Lync calls and video conferencing company wide
• Encouraging good driver behaviour through installing Visual Display Units on dashboards, which immediately alerts a driver when he or she is engaging in fuel-inefficient behaviour, such as excessive braking, accelerating or idling.
• Routinely engaging with customers and suppliers to assess and address options for reducing the energy impact of the assets built, on a project-by-project basis
• Holding regular awareness-raising Sustainability Days which focus on how employees could do their bit to reduce fuel and electricity use Morgan Sindall Group is the first company to have received the gold certificate awarded to organisations that achieve six successive years of verified carbon reduction evidenced through their annual audits by Achilles. 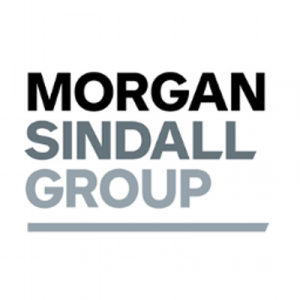 The Carbon Reduce auditors verified that the Group has consistently reduced its carbon footprint year on year and by 54% since 2010, with 9.1% in 2015 alone, repeatedly exceeding the Group’s environmental target. In 2010, the Group set a carbon reduction target of 20% by 2015 and achieved 54%. Similarly in 2015 it aimed to reduce carbon by 5% but actually achieved 9.1%.

Specific projects where the Group has been successful in reducing carbon emissions include:

The A1 Leeming to Barton major highways project. 5,500t of carbon was saved through large-scale waste minimisation, where 600,000 tonnes of spoil from the scheme was re-used as infill in a disused quarry, restoring the area back to agricultural use and creating a wildlife corridor to enhance local biodiversity, rather than transporting waste to landfill.

Enterprise Centre, University of East Anglia. This was one of the first buildings to target both BREEAM (BRE Environmental Assessment Method) Outstanding and Passivhaus accreditation. This ‘green building’ project used local materials wherever feasible in the project. For example, Grown in Britain, Corsican pine from the local forest 30 miles away was used for the first time in a building’s frame, while Norfolk straw was also sourced to wrap the building,
using a world-first thatched timber cladding system.

Lovell has reduced business travel by 424,732 miles in 2015 by promoting car sharing and introducing driver safety and eco awareness training for staff driving over 10,000 business miles a year. Car sharing culture is promoted by using the internal communications software to minimise travel.

“We have shown a real commitment to making reductions in carbon emissions and have succeeded in embedding low-carbon ways of working across all divisions. Achilles’ assessments are both independent and rigorous, meaning there is no scope for ‘greenwashing’. We have not only met, but exceeded the targets we have set ourselves and I have no doubt we will continue to drive environmental improvements.”
Graham Edgell, Group Director of Procurement and Sustainability, Morgan Sindall

Your guide to switching carbon reporting providers Carbon management is…

The Value of Carbon Reporting

Get great insights in your inbox every month

Get great insights in your inbox every month